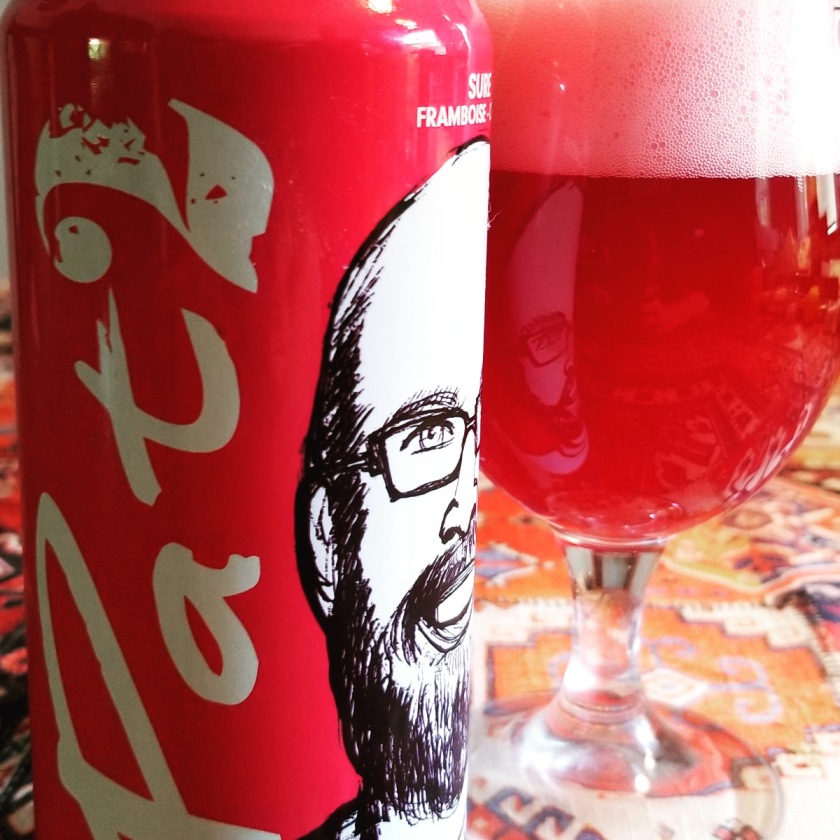 Here’s “Pat 2” from @microlaveillee, all the way from Sainte-Agathe-des-Monts. If you have no idea where the heck that is, it is well to the North of Montreal, here. We’ve never tried anything from this brewery before, but they came highly recommended from @boutiquehellvis and so we took the leap.

This beer is a sour with raspberry and cassis, clocking in at only 4% alcohol (yes yes, another fruit beer!). I have to say: I’m impressed! The cassis adds a touch of extra sweetness, just enough to balance out the aggressively tart raspberry. This one goes down smooth, and the 4% alcohol makes it highly sessionable (always a plus). The mouthfeel isn’t particularly thick or creamy, which is actually nice for this particular beer; the consistency makes it very easy to drink, and it’s a great thirst quencher. I can easily see myself taking down a few of these on a beach somewhere… you know, if beaches were safe… but let’s not go there.

If you appreciate good branding and aesthetic, each of their beers appears to be named after someone in their friend/family circle, similar to the famous Hill Farmstead of Vermont, only with a much less serious tone: each label is accompanied by a caricature of the beer’s namesake. It’s a playful little twist that adds some nice character to the brewery, and shows they’re having fun with it all.

Overall, I found this one to be a great everyday Summer beer if you are into fruit sours. I’ll definitely check out some of their other offerings when I get the chance.